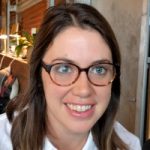 Episode 58 – Susan Moring sees the potential in working hard to build support for Oklahoma’s code developer boot camp called OK Coders. She doesn’t write code herself, but uses her organizational skills to put together a very popular and affordable boot camp in Oklahoma. The benefits to startups in Oklahoma are many. Rather than having to lure code developers in from another city, why not grow your own?