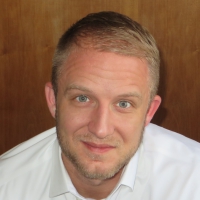 Episode 54 – Collin Walke was one of several urban Democratic Party candidates in this year’s election cycle to buck the statewide trend of the Republican Party gaining an even bigger super majority in the Oklahoma Legislature. Running and losing the race to represent House District 87 in 2014, he persisted and won this time. We talk about what it took to win that district and what he thinks about the upcoming legislative session.